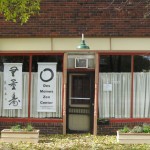 The Des Moines Zen Center was established in 1992. It follows Japanese Soto Zen Buddhist principles. An initial workshop presented by Rev. Nonin Chowaney, Abbot of the Nebraska Zen Center, marked the inception of the group which began to sit regularly at the Thoreau Center on Kingman Boulevard in Des Moines. 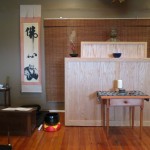 In August of 2000, Rev. Zuiko Redding of the Cedar Rapids Zen Center and Rev. Shoken Winecoff of Ryumonji Zen Monastery near Decorah came to Des Moines to help a few members of the Des Moines Zen Center prepare for lay ordination by sewing small ceremonial robes called rakusus. The following year, with the rakusus completed, Shoken led the lay ordination ceremony called jukai at the Thoreau Center. Eventually in 2001, the sangha outgrew its space and moved to an apartment in the Drake area. By 2010, the group had moved again to the South of Grand area. 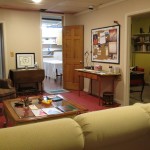 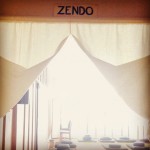 Use PayPal to Donate To DMZC